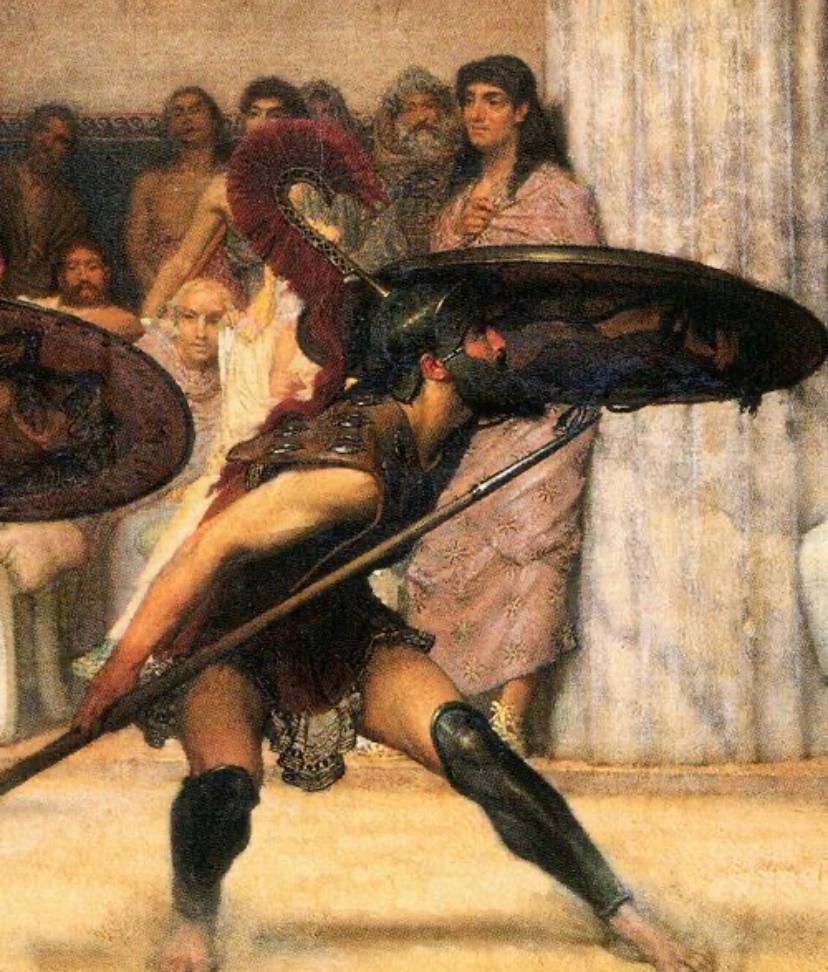 “The greater the obstacle the more glory in overcoming it.”
-Friedrich Nietzsche
When we look back to some of the most revered heroes in history, Achilles, Alexander, Florian Greyer etc., what do you see? What is it exactly that makes a man part of the heroic fraternity? The contemporary view of what is heroic is dominated by the idea that the hero is inherently altruistic. The historical view of heroism however does not substantiate this claim, though the hero often times had a selfless character it was not a requirement for heroic action.

The glorification of Heroism is, like everything else in this age, twisted and promoted for the gain of the current regime. The spark of vitality in young men constitutes a threat to the very fabric of this current state of society. The regime tries to extinguish this with pop culture and youth sexuality, or it simply redirects it. The latter is often done through the mis-characterization of the hero, you see this in many Hollywood movies. The target audience of this are the military capable men of the west who more often than not fall for it. The regime essentially solves two issues with one solution. The first being the danger of young men’s restless ambitions and the latter being their need for a force to expand their global influence. The young men of the west are taught that heroism can only be characterized as a selfless devotion/sacrifice to something greater.

Hector and Achilles, the two great characters of the Iliad, both would set the standard of heroism in the west. Many great men would look to them for the path to higher life. What was the defining characteristic of their life? Hector, often referred to as Noble Hector, fought and ultimately gave his life for the country that fathered him. This fits the modern narrative of the heroic altruist all too well. However, Achilles and his veneration as a hero by the west is a contradiction to the archetype of the modern hero. Achilles fought and died not for his nation but simply for himself, his friend Patroclus and for their glory. The display of great courage in the face of adversity is heroic with or without an altruistic motive.

The trope of the modern hero is the enslavement of young men, men who in the past may have used the force and cunning nature gave them for their own advancement in life. This drive often referred to as thumos, the desire for honor, recognition, and distinction, is what compelled the conquistadors and many other great explorers to take to the seas and tame the new world. It has also been the force behind much great art and scientific discovery. When you examine how much of human innovation has been propelled by non-altruistic heroism, it becomes clear, that thumos in young men is not only desired, but it is also necessary for any higher civilization to flourish.

It’s all too common that the people who so push the narrative of selflessness aren’t the ones who would be required to make such a sacrifice. The women and weak men of decadent western democracy have brow beaten the militarily capable men for far too long. If the military men of the west realized the power they held, there would be nothing which the current regime could do to stop them.

“Band with your friends on the way of power and know that nothing has the right to stop you, and nothing can stop you”
-B