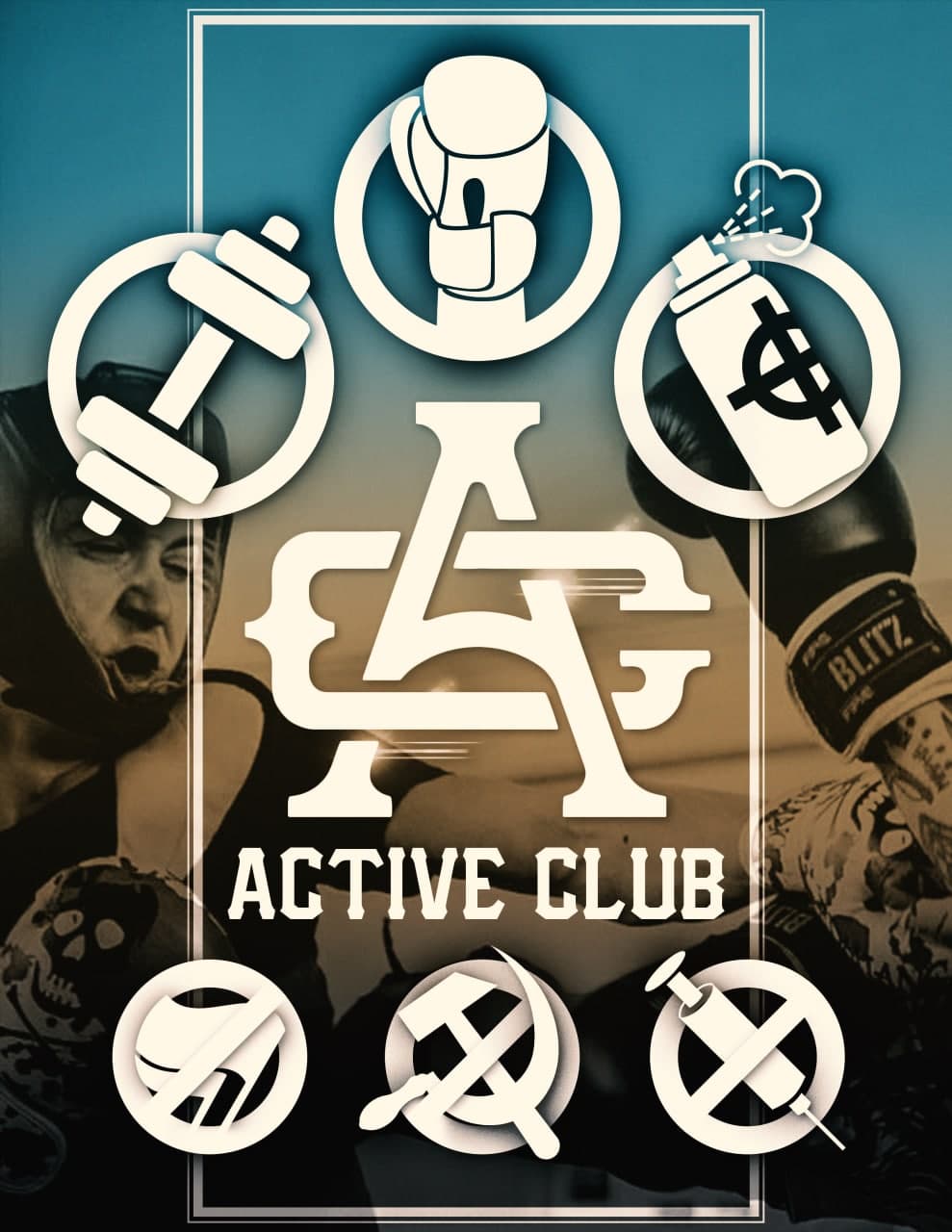 When Less is More: The Power of the Implicit

In September of 2021, Vice journalist Tess Owen labored away on a tough assignment. International man of mystery Rob Rundo had popped up on the White Nationalist scene again, and her bosses wanted her to pour some water on this new brushfire RIGHT NOW. The decentralized network of activist crews and style called the Active Clubs, had them on edge, to say the least. Rolling up her sleeves, Tess gave her best effort to sound the alarm that would spike the proper level of fear and loathing toward these Active Clubs in her readers’ minds. The verbal daggers she fashioned described the frightening propaganda these groups were spreading online: ”images of muscled white men with their faces covered, doing pull-ups, boxing, or graffitiing” and “glorification of masculinity, youth, white nationalism”.
The horror! One wonders if “Tess Owen” might be Rundo’s secret pen name, and this “Vice” outfit is just another mummer’s mask worn by these cunning and elusive Active Clubs . In fact, Active Club crews in the U.S. report gaining positive inquiries and new members from every negative story published about them. The tone of the articles and the public response certainly differs from that of those targeting some other WN 2.0 groups in the past. A look into the reasons for this fact reveals not a conspiracy but an instructive lesson into the nature of the propaganda war for the hearts and minds of modern White people.
From the time the Rise Above Movement’s first video debuted, they were known for a very specific and effective style of persuasion. Their videos contained little to no dialogue. They were driven by the action in the scenes, showing young and fit White men engaging in training, activism, and camaraderie. The musical scores were always modern and engaging. With this minimalist but highly entertaining style, RAM was able to drive an effective message past the gatekeepers in the anti-White media, whose modus operandi is slander, misdirection, and obfuscation. With no extreme statements to hook on to, no concrete positions to distort, the anti-White media was forced to describe the videos largely as they were. They were thus forced to use chatlogs and statements from unrelated and federal-funded groups to try to dirty up RAM, and the connections were tenuous enough that many normal readers were able to see through the lies. RAM was and remains popular with a surprisingly broad segment of the White population, and the WN 3.0 Active Clubs are following suit.

In the early days of WN 2.0, many well-meaning groups set out to produce as much content as possible. Group leaders had podcasts of their own and often appeared on the podcasts of other movement personalities. With hours and hours of dialogue to fill, there was pressure to take a position on every issue to pop out of the grinder’s mill of the 24 hour news cycle. The purity of the movement’s original call for White people to collectivize and take their own side became diluted with positions on peripheral matters like day-to-day Trump scandals and drama. Segments from these programs became easy ways for anti-White operatives to create distracting debates that fragmented groups and drove a wedge between potentially sympathetic segments of the White population and the movement. “Your skin is your uniform” was a phrase often invoked in those days, but its clear message was lost in sci-fi fantasies of a hypothetical future race war. In its purest sense, this key phrase reminds us that being pro-White is enough, and getting White people to join us in identifying as White in a positive way is all we need to do to win this phase of the struggle.
Another error often made in the early days of WN 2.0 was the strategy of flooding the zone with extreme and outlandish statements, a Rockwellian tactic of attracting headlines with drastic or shocking symbology and rhetoric. In the media landscape of Rockwell’s day, where only a handful of centrally controlled media outlets existed, this was the only way to send up a flare that would be seen by the White public. Today’s world is different, and a variety of platforms, apps, and self-publishing options enable pro-White dissidents to speak for themselves with a simple and pure message of White consciousness and White unity. The outdated tactic of grabbing as many headlines as possible has proven to be a hindrance on today’s propaganda battlefield, accomplishing nothing but providing ammunition for those who want to define our movement as something antagonistic to decent White people.

As WN 3.0 continues to evolve and expand, an ever-deeper pool of music, art, culture, and action is developed for propaganda artists to pull from. As they do so, it is imperative that they remember this hard-earned lesson from RAM and the Active Club style: simple means effective when it comes to modern activism. There is power in keeping the message simple activists should not try to change years of indoctrination overnight but strive to provided stepping stones and bring our people home, the white awaking comes from white self-realization. The White youth trapped in the multiracial hellscape our enemies have created are yearning for the message we have for them. They are eager to embark on the adventurous, challenging, and honorable way of life the WN 3.0 activist has chosen We should seek to send a message that will bring them into our Brotherhood, where they rightfully belong, the only thing we have to do is light a torch and extend our hand.